When I look back upon the last decade I spent in business, it’s filled with different stories. Different narratives. Some moments I cringe at, and others I embrace. Yet, there’s part of me that is thankful for all the mistakes I made while growing up in the business world. In each mistake was a lesson, and the biggest lesson was to charge what you’re worth.

In my younger years, I was talented enough to get places, but I didn’t have the character enough to keep me in those same positions. I would be afraid of failure or pressured by “more respected persons” that said my work wasn’t good enough to charge what I knew was fair. This usually gave them a bunch of free labor from me and left me resentful of the work I was doing. That is why the biggest mistake I made while growing up in business was not charging what I was worth.  So my advice, charge what you’re worth.

Charging a fair amount for my work was one of the biggest problems I had when I started out in business. I guess it started as a confidence thing. It was true that I knew more than the average bear, but I didn’t feel confident enough in my skills to charge what I deserved to be paid for my services. In that, I ended up doing a lot of unnecessary work for free. It was ridiculous! My friends in the field told me to charge but I had some mentors that explained I should be doing things for free to build my portfolio.

Obviously I think it’s a big deal to have a proper portfolio, but at the same time, I don’t think this means selling yourself short. It is only the clients that I’ve given discounts or not charged a fair amount to that I’ve had problems with when it comes to payment. They either would pay late or not pay at all. It becomes a tug of war match to even get your money from some of them after the work is completed. So be wise, and don’t devalue yourself to please other people.

Never ever second guess yourself when it comes to charging for your work. Charge a fair amount. Be honest. And do what you promised. Everyone in business knows marketing is a lot of trial and error, so if you have a client that pushes you against the wall for a sure outcome explain that there’s no magic formula. Just show your case studies from the past and let them come to their own conclusion.

Think about the ads we all see on tv for weight-loss drugs. These huge results and always in the fine print even says results not typical. Every client is different and so is every marketing push you help set up for them. Don’t get trapped in the anxiety of not delivering dramatic results. Do your best and let it go if they try to downgrade your work so they don’t have to pay a fair amount.

Charge What You’re Worth

Also, it’s important to pick the right clients for you. The truth is, not every person is the right client for you despite what you may think. Niching down and handpicking the RIGHT clients is something that you should be doing. For example, if you are a digital marketer or social media person you need to pick clients that embrace this. Not people that don’t value these things. It’s not your job to convince people to get on the boat but it is your job to help the people that are already on to get to the destination they want.

I hope this helps someone not make the same mistakes I did. Love yourself. Love others. And do the best that you can always!

Ambition Is Good, But Wisdom Is Better

I feel like a lot of people get caught up doing things they don’t love to do because of fear.

They’re afraid to venture out on their own to start their own businesses or to leave a comfortable office because they might not like anywhere else.

Truly, this is a prison of their own making.

But, alas, they are not the only ones that have experienced fear.

I too have succumbed to fear many times. I’d quit positions because of fear of failure.

I’d give up on dreams because of fear of the unknown.

Yes, the certainty of control grabbed me like it has everyone else.

Yet, when I truly got down to it, I couldn’t imagine myself working somewhere for years to come when my heart was truly in other things.

Not saying it hasn’t been tough to let go of the grasp that I wanted on my own reality, but it has become easier one day at a time.

However, the biggest gift that I have come across. The most satisfying bit of knowledge is that ambition is good, but wisdom is better.

I used to think that chasing after my dreams were giving up all sense of stability and doing whatever I could to make those dreams come true.  Although some Cinderalla stories start and end well like this, I live in a reality where that equation doesn’t work.

You see, when there are mouths to feed and people counting on your support for them, it doesn’t really work to make rash decisions that might leave your loved ones out on the curb with no heat or place to go.

So, what do you do if you’re in a position like mine where people depend on you each and every day to take care of them? You don’t make unwise decisions that will leave everyone starving. No, you take care of what you can take care of and take baby steps to get where your goals are.

My grandfather in law was a stonemason. They say his hands were as big as a man’s head and he was one of the hardest workers you’d ever meet.

He dreamt of building a house for him and his family to reside. So do you know what he did? He worked.

Every day he worked at building things and every day he’d take the extra brick from his jobs and lay it aside.

After a while, he had enough brick to build his own home which eventually he did.

He worked hard. He made wise decisions. And he achieved his goal.

He also had some money left over to put in the stock market which eventually made him a millionaire. But, he was humble. He worked hard and was wise with his time and his money.

Ambition Is Good, But Wisdom Is Better.

The problem I see in myself and some others like me is that we rush things. We jump the gun. Our society applauds these rags to riches stories and we eat them up.

Not only does this sometimes leave us making unwise decisions for the dream, but truly it delays our goals from really happening. Obviously we learn from failure, but to make wise decisions in the first place, that’s something that needs to be applauded.

When I first became a Christian, the one thing I wanted more than anything was wisdom.

I prayed for it. I studied it. I wanted it.

Yet, the first gift that I got on all that was a valuable look at myself. Showing me how unwise I really was.

When I was young, I took opportunities that I thought would pan out, and although some benefit came from them, I should have been more set on establishing myself rather than chasing the wind.

In this, I’ve been able to see what really matters and make those SMART goals our teachers were always telling us about.

I still have the tendency to not make wise decisions sometimes both in life and in business. However, the realization that I do this changed me and helped me grow.

So now, approaching my 30’s, I am not perfect, but I am better able to asses certain situations and make the best decision to benefit me and my family at the same time.

The point of this is telling you to not give up on your dreams. But to also not embrace folly and chase after the wind because it’s “popular”.

Ambition is good, but wisdom is better.

Until Next Time, Stay Pushing

The one who gets wisdom loves life; the one who cherishes understanding will soon prosper. Proverbs 19:8

Mindset is the great equalizer in life.

Whether you’re in sales, school, or just going through a hard time, having the right mindset will be what carries you through.

On the contrary, if you have a weak mind, you will stay in the darkest of days for as long as you live.

However, if you exercise and strengthen your mind as you would your bicep, you can accomplish any task set to mind.

Mindset is the difference between an addict who beats their addiction and one who keeps it forever.

It is the difference between a CEO who fails and one who thrives.

It is also the difference between a top producing salesperson and one who doesn’t meet their quota.

To become a successful salesperson we have to attack our sales career with the tenacity to never quit.

We have to make sure that when the deals aren’t closing the way we want them to, that we continue to train and better ourselves so that tomorrow will be different.

A successful salesperson is never an overnight success, but rather someone who is willing to go through 1,000 no’s to get a yes.

They are someone who is willing to train, work, and get better at their craft daily so they can provide their customers with the best experience possible.

A successful salesperson has the discipline to pick up the phone and make more calls, even when the last 100, 200, or even 300 haven’t brought a deal.

Successful sales people have the discipline to follow up with their leads till they’ve spoken to every last one of them, even if that takes 500 calls before you get a connection.

Being successful in sales, is much like being successful at anything in life; you have to strengthen your mindset and have laser focus on exceeding your goals.

Get The Sales Mindset You Always Wanted

You need the discipline to never question the process and to show up when everyone else would of given up and quit.

When your mindset is strong and forged of steel, you will start to see a side of success that you’ve never known before.

You will start to love the grind, the hard work, and the constant training that you endure to be the best you can be.

To become a successful salesperson build a mindset that can be wavered by none, and stay focused as you grow to your full potential. 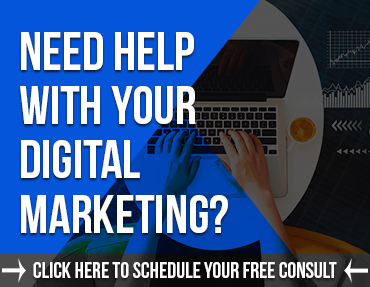 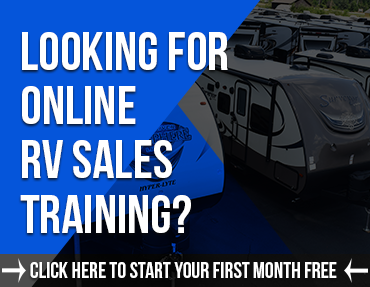